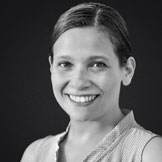 Sasha Vargas started dancing at age 3 and has been teaching since the age of 16. While studying Biology at the University of Illinois, she founded Legend Dance Company, which is still thriving today. In addition to touring Europe for the Department of Defense and performing on Royal Caribbean Cruise Line, Sasha Danced with the Joel Hall Dancers, Ascension/the Kirby Reed Project and was an apprentice with the River North Chicago Dance Company. Her theater credits include Louise in Carousel and a featured dancer in The Light in the Piaza. In 2007, she received the Jeff Award for Best Choreography for the Marriott’s production of All Night Strut. Sasha is excited for her first year with LAD!