Pablo Sánchez grew up in Libertyville, Illinois, and began dancing in his youth at the Dance Academy of Libertyville. He supplemented his dance training by attending Boston Ballet School’s Summer Dance Programs during high school before continuing his education at the Jacobs School of Music at Indiana University Bloomington. Here he earned a B.S. in Ballet Performance with an Outside Field in Communications and Culture.  As a member of IU Ballet Theater, Pablo enjoyed dancing a variety of repertoire, including works by Frederick Ashton, George Balanchine, and Twyla Tharp, as well as by his professors Michael Vernon and Violette Verdy. Upon graduation, he accepted a full scholarship to the Academy of Dance, Joffrey Ballet of Chicago, and continued training with Alexei Kremnev and Anna Reznik. He joined the company as a supplemental dancer for Robert Joffrey and Gerald Arpino’s The Nutcracker and Ronald Hynd’s The Merry Widow. Pablo completed his apprenticeship with the Atlanta Ballet, having enjoyed three seasons under the direction of John McFall. In Atlanta, Pablo danced works by Ohad Naharin, Jean-Christophe Maillot, Wayne McGregor, and Christopher Wheeldon, to name a few. During this time, the Dean of Atlanta Ballet Centre for Dance Education, Sharon Story, invited Pablo to choreograph for its spring and summer student showcases. He was on faculty in the Boys Division and regularly taught in all levels of the school as a substitute instructor. Pablo set off on a freelance career for the next three seasons as a guest artist throughout the country, dancing principal and soloist roles in classical repertoire and works by distinguished choreographers such as Val Caniparoli, Merce Cunningham, Gregory Dawson, and Penny Saunders. During this period, he became a visiting choreographer for Erica Lynette Edwards at Joffrey Ballet’s Community Engagement, as well as a visiting faculty member for Dancenter North, led by Stacy Joy Keller. Pablo continued his performance career and joined Ballet Memphis, where he danced soloist roles for four seasons, appearing in works by Trey McIntyre, Steven McMahon, Matthew Neenan, Julie Marie Niekrasz and Emilia Sandoval. He also joined the ballet faculty of Dance Dynamics Memphis. Pablo was selected as one of Joffrey Academy’s Winning Works choreographers in 2020 and 2021, and was named the first Zach Lazar Fellow. His piece, ¡ViVA! was streamed on Joffrey’s YouTube channel to great acclaim. Pablo is pleased to start a new role as a Community Engagement Associate at the Joffrey Ballet, under the leadership of Linda Swayze, bringing his strong artistic vision and skillset to further enrich the dance community in the Chicagoland area. 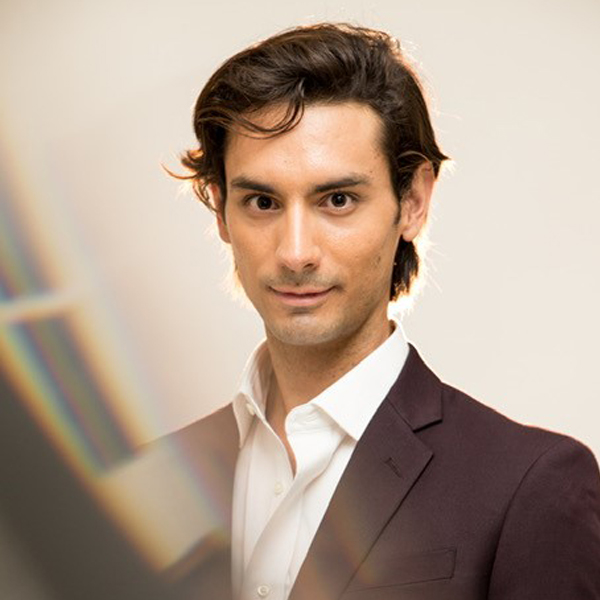